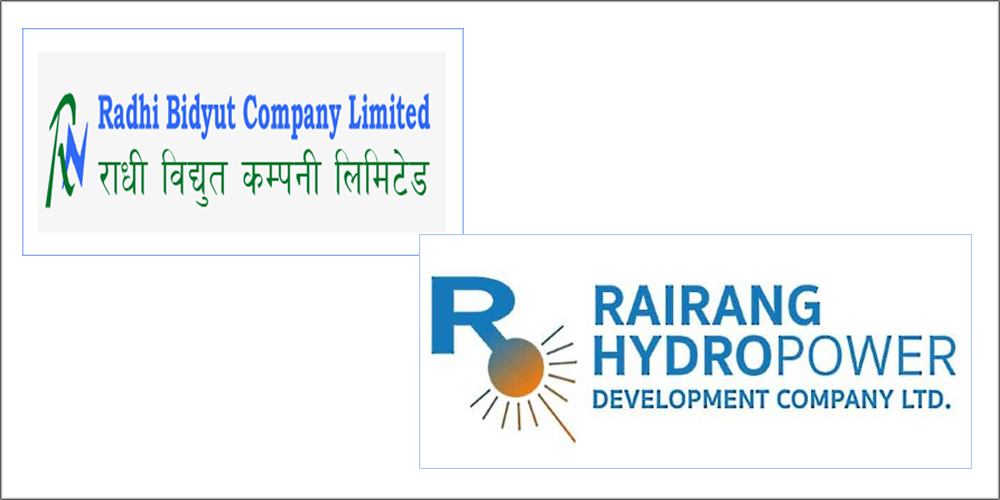 A memorandum of understanding (MoU) has been signed between the two companies on November 3 to merge with each other. And, as per the understanding, a joint merger committee has been formed from the board of directors of both the companies.

At present, the paid up capital of Reedy Hydro is Rs. 585.5 million. The market capitalization of the company, which was last traded at Rs 838 per share, is Rs 4.90 billion.

Similarly, the paid up capital of Rarang Hydro is Rs. 560 million. The company had last traded at Rs 563.10 per share. And, the market capitalization is Rs. 3.15 billion.

Similarly, both Reedy and Rarang Hydro have their head office in Kathmandu. The shares of these two companies, which were closed in the secondary market, can now be traded only after the merger process is completed and the integrated transactions are done.