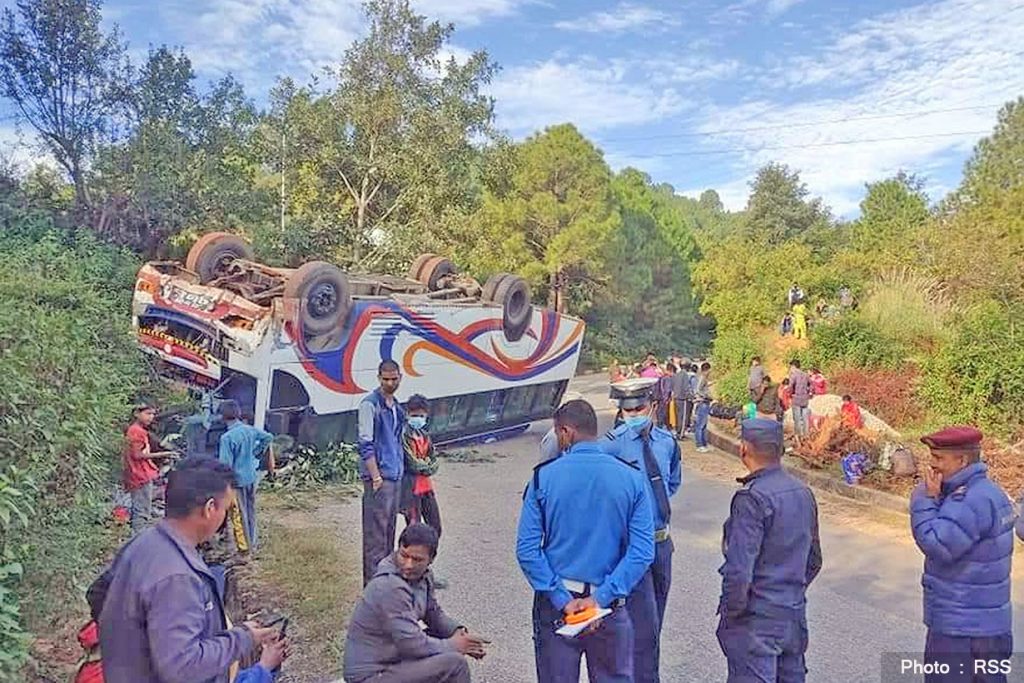 October 23, Baitadi. At least 18 people have been killed in accidents in the far-western region during the month of Dashain Tihar. There were 81 road accidents across the state from September 7 to October 7.

According to Chief Superintendent of Police Bamdev Gautam of the Far Western Provincial Traffic Police Office, Attaria, 113 people were injured in the accident. The highest number of accidents were 49 motorcycles, 14 jeeps and cars, four tempos, three tractors, two buses and other vehicles.

“Most of the accidents were due to negligence of the drivers of small vehicles,” said Superintendent of Police Gautam.

It has been found that vehicles carrying more passengers than their capacity are involved in accidents. “Even without checking the condition of the vehicle, it can cause accidents,” he said.