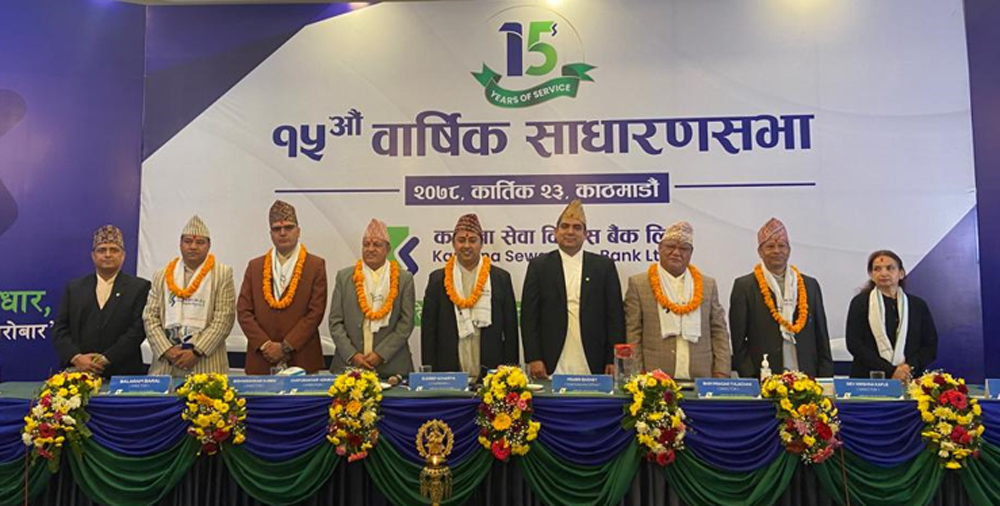 Kathmandu. Kamana Seva Bikas Bank’s proposed 19.47 percent dividend has been passed. The bank’s 15th annual general meeting held on Tuesday, November 8 passed the resolution of the board of directors.

At the same time, the shareholders will get a total dividend of 19.47 percent from the profit of the Fiscal Year 2077/078 at the rate of 18.50 percent of the paid up capital including bonus shares and 0.97 percent for tax purposes on the bonus shares.

The bank PKFTR Upadhyay & Company has been appointed as the auditor as recommended by the Audit Committee of the Bank for the audit of 2078/07. In the meeting, Chairman of the Bank Sudip Acharya presented the annual report of the Board of Directors, balance sheet of the bank for the fiscal year 2077/078, profit / loss account, cash flow statement and schedules related to SOS and the condition of the financial and banking sector of the country. Brief description of the edit and future action plan were presented.

Chief Executive Officer of the Bank, Pravin Basnet, said that the program has been implemented in line with the approved budget and program targets of the current fiscal year.

Also, a meeting of the board of directors held on the same day has elected Sudip Acharya as the chairman.