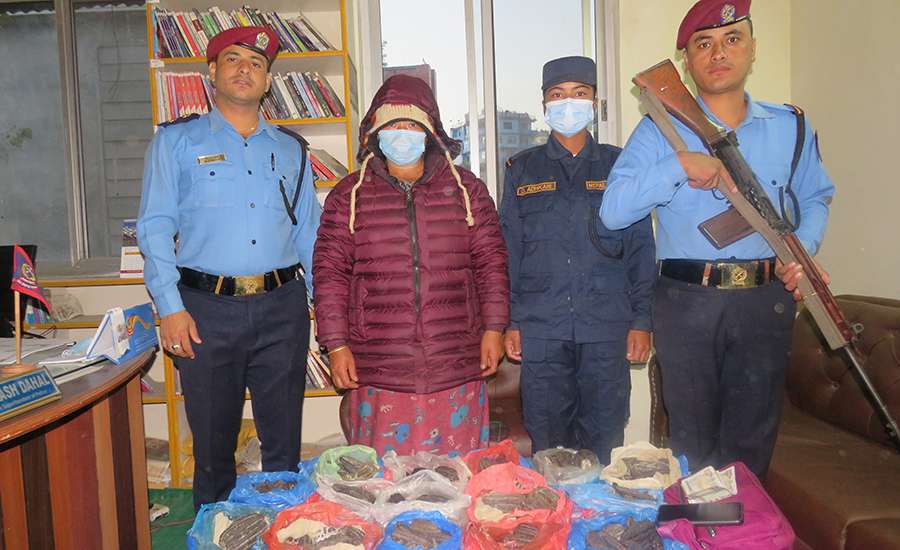 October 25, Gorkha A woman has been arrested with about 15 kg of cannabis from Gorkha. The arrested is Kopila Gurung, 43, of Laprak in Dharche.

According to the police, the woman had brought hashish in a jeep (Ba 20 Cha 9332) coming from Laprak to Gorkha district headquarters on Wednesday night. DSP Prakash Dahal said that he was arrested with hashish while checking the jeep which reached Chanaute at around 1.30 pm.

“We found 14 kg and 800 grams of hashish in the bag brought by the woman,” he said. DSP Dahal said that a case was registered against the arrested woman on Thursday under the heading of drug cannabis and necessary investigation was underway. Police said that further investigation is underway into the incident.