October 29, Kathmandu. A truck carrying goods overturned on the East-West Highway at Daunne in East Nawalparasi on Monday.

The traffic jam that started last Wednesday morning in Daunne did not go away till Thursday. Police had to work for more than 36 hours to clear the traffic jam caused by the truck crash on the steep road of Khaldai Khalda.

After the delay in widening the Butwal-Narayangadh road section to four lanes, the torment of vehicles and passengers on the road has been increasing. If the work had been done as per the target, two-thirds of the 113-kilometer road extension would have been completed by this time.

The project, which is expected to be completed by mid-July 2079, has barely completed 9.5 percent of the work. Millions of vehicles and passengers traveling on this highway are suffering due to untimely work. Passengers are exposed to dust and mud on this potholed road.

According to Inspector Hikmat Bahadur Thapa of the Area Police Office, Dumkibas, vehicles and passengers are suffering due to potholes in the road. He said that it is impossible to cross when the sun is shining and it is muddy when it is raining.

“Even crossing a short distance on this main highway is a daunting journey,” says Inspector Thapa.

Student Poudel is surprised that the demolition work to widen the road of national importance, which is always busy, has been so slow. “It simply came to our notice then.

Shaliram Giri, who came to Kathmandu from Pyuthan for special work, says that the expansion work should have been done on the left and right side of the road. “It seems that five to ten people are working in different places,” he said.

He said that it was sad that Kathmandu was unaware of the condition of the national highway. Giri expressed his indignation saying that a dozer was placed on the side of the road to cover the eyes of the people.

Residents around the highway have not been able to sit with their windows and doors open. The surrounding area has also been affected due to dust and mud covering the road. Businesses along the highway are also affected.

9 percent work in the first section

Work is underway to make the 64.4 km section from Gaindakot to Daunne ‘Package-1’ and the 48.5 km section from Daunne to Butwal Crossroads ‘Package-2’. The contract for both the sections has been awarded to the Chinese company China State Construction.

Neither the contractor nor the road department seems to be worried about speeding up the work. Due to the negligence of both the parties, the project construction period and cost have definitely increased.

Ramesh Kumar, chief of the eastern section of the project, says that only 9 percent of the work has been completed in the 65-kilometer section under Drishti Package-1. He said that there was a problem when the pre-preparation work was not completed on time and the contractor could not mobilize the workers due to the Corona epidemic.

“The work of moving the poles has started. The construction of small bridges and culverts is also underway,” said Drishti.

According to him, this year’s unseasonal rains have also affected the work of the project. The story of the second package is the same

The speed of work in the second package of 48.5 km is not different from that of the first section. Chief of the western section of the project Pradip Kumar Shakya said that about 10 percent work has been completed in that section so far.

According to him, the project has not been completed on time. “The work should be completed by August 2022,” he said. He said that the work in the second section has finally started gaining momentum.

According to Shakya, the new team of the construction company that recently arrived in Nepal has assured that the pace of work will not be as slow as before.

“The initial work on the road project is challenging, the basic work is done, and there is visible progress,” said Shakya, the western section chief.

It is uncertain how far the construction of the project will be delayed due to lack of manpower. The project says that there is a problem due to non-stopping of work and speed. The work of cutting down trees and moving poles in both the sections has not been completed yet. 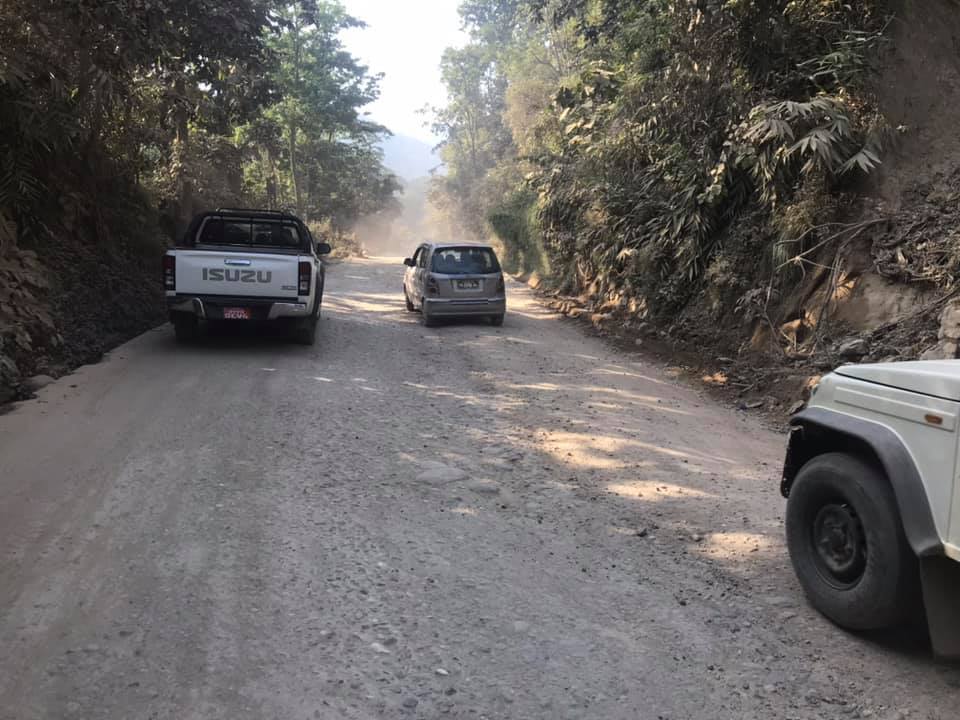 The then Prime Minister KP Sharma Oli had laid the foundation stone of the road expansion in Butwal on April 22 of the same year after signing the contract in December, 2008. The cost of the road being expanded with the loan assistance of the Asian Development Bank (ADB) is Rs. 16.99 billion.

The contract for Gaindakot-Daunne section was Rs 9.13 billion and Daunne-Butwalkhand was worth Rs 7.86 billion. Out of the total cost of the project, ADB will provide 85 percent loan and the rest will be borne by the Government of Nepal.

The ADB has provided loans at an interest rate of 1.5 percent for 32 years. As per the plan, the road will be widened to four lanes. Additional service lanes will be created in urban areas.

As most of this road falls in forest area, wildlife friendly bridge will also be constructed in the intermediate zone. Due to the complex geography, the 4.1 km high road of Daunne is being prepared to be extended to three lanes only.

An agreement has been reached that the construction company should repair this road section for five years. Officials of the road department have no answer as to when the construction will be completed.